‘Traffic violation’ is not an uncommon term in Chicago and elsewhere. However, the fact that it is common does not equate to it not being a severe issue. People break traffic rules for various reasons and get tickets for doing so.

While the process of receiving a ticket is known, people often tend to ignore the dire consequences it can have on them. Hence, it is significant that you contact an experienced traffic lawyer for any violation that you have been accused of.

Before discussing the consequences of getting even a single ticket, it is imperative that we first take a look at all the violations for which you will need a traffic ticket attorney Chicago to fight your case. These are generally divided into two categories; moving and non-moving violations.

These are the tickets that you get for violating a rule while driving an automobile. While there are numerous moving violations, let us discuss some of the most recurring ones.

The most common of traffic offenses is speeding. In Chicago, you will receive a speeding ticket depending on the speed that is above the posted limit. The highest points that you will receive are for 25mph plus speed above the limit. The rules for speeding in the state of Illinois are stringent , and you can face dire outcomes if you don’t follow them. For example, you can face jail time of 6-12 months for aggravated speeding. Thus, you should be very careful when on the road.

Apart from customary speeding laws and tickets issued for it, there are regulations in place for speeding in a school or construction zone too. If you are in a school zone, you can drive only at a maximum speed of 20mph. However, there are several complexities that a person needs to understand when driving. For example, the rule is to protect kids who are in the school zone from becoming a part of the accident. This means that the law only applies when it is school time and children are in that zone. These intricacies are present in every rule, and only an experienced traffic lawyer can help you make use of them when in need.

It would be counted as a ‘class A’ misdemeanor if you were to drive recklessly. When you are driving a vehicle, it is not only you but others as well who can be at risk of getting hit by you. Thus, any act which will be a threat to your safety or that of others will never be treated lightly. There have been numerous cases where accidents occur because of speeding and reckless driving. This can further complicate the matter as it is not relating to an incident that occurred due to the violation.

Distracted driving is yet another problem that drivers often engage in. It happens when you are driving and try to use your phone or any other gadget simultaneously.

While humans are great at multi-tasking, you should not try doing that when driving a vehicle because doing that is itself multi-tasking. You have to keep your focus everywhere, and it requires attention. Accidents occurring because of distracted driving can cost you a fortune; mainly if a fatality occurs because of you being distracted while driving.

Driving Under the Influence

It is crucial to note that a DUI case, though part of moving violation, is not treated like other issues. While you are mostly given a ticket which is a fine that you have to pay and which will have its effect on your driving-related matters, DUI cases are treated as a very serious offence. Therefore, people who experience it even for the first time may have to face jail time with an adequate amount of fine. In such cases, it becomes even more significant that you hire a traffic ticket attorney Chicago to fight your case and lessen or, if possible, completely dissolve your charges.

In the state of Illinois, every automobile that you are driving should have insurance. Driving a vehicle with no insurance is a crime and is treated, respectively. Apart from that, if you are caught driving without a license or one that has been suspended, you can face severe consequences. It is the case because if the driving license is suspended, this means that you were already convicted for violations and are doing it once again.

Apart from all the major moving violations mentioned above, you can also receive a traffic ticket for driving too closely, or not following the traffic signs, lights, and traffic signals.

Apart from the tickets you receive while accelerating your vehicle, you can also get one without doing it. These are called non-moving violations, and they include the following.

While parking violations are considered minor infractions and their fines are also minimal, you should still be cautious. After all, you do not want to get a ticket that will stay on your record for years, even if it is a simple parking ticket. Additionally, not parking on the designated spaces is a risk for you as well, so you should try your best to avoid such cases at your best.

If you have received a ticket for any traffic violation and you did not respond to it either by hiring a traffic lawyer or by paying the fine, it can count as a violation too. The state can suspend your license directly for doing so. 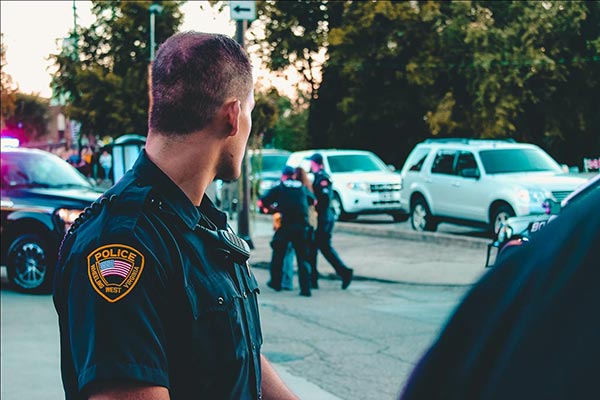 Consequences of Getting a Ticket

Now that you have a basic understanding of some major traffic violations for which you can be charged with a ticket, it is imperative to take a look at what will happen if; instead of consulting with a traffic lawyer first, you decide to pay the fine. Depending on the severity of your situation, you can face any of these consequences.

The first one is obvious. By accepting that you were at-fault, you will have to pay a fine for your actions. However, the penalty can be as small as $80 (minimum amount for parking ticket) to as massive as $25000 (if a fatality takes place due to the distracted driving violation that you made). Furthermore, you can also face imprisonment for more serious charges.

If you are convicted for a traffic ticket, it will stay on your driving record for 4-5 years. Moreover, the chances are that you will also lose your driving privileges, depending on the severity of the case. Thus, even if it is your first ticket and you think that it will never happen again since you are a responsible driver, you should still consult with an attorney.

While the suspension only occurs when you have received a specific number of tickets, your insurance rate will get affected even by a single ticket. It will also matter as to how recently you have received one if you were to get a new insurance plan. Thus, you should never take this lightly.

Consult with a Traffic Lawyer

After taking a look at all the possible violations and their consequences, we hope that you would have understood how crucial it is to consult with a traffic lawyer as soon as you become a part of a traffic violation. By studying your case, we will come up with a plan that will work with the best of your interest. Contact Chicago Traffic Lawyers today for any further queries or to book a consultation session with one of our experienced traffic ticket attorneys in Chicago.

Get Your Ticket Dismissed!

Did you know you don’t always have to pay a traffic or speeding ticket? If you feel that your ticket was not fair or misrepresented the situation, you can fight back!