Can You Get Your License Suspended For Texting And Driving?

Statistics show that there are about 1.6 million accidents each year in the United States simply due to people being on their phones while driving. 1 in 4 accidents in the US is caused by texting and driving. These accidents cause damage to the driver as well as other people and vehicles on the street.

Driving while texting is said to be one of the leading causes of car accidents each year. While most people are aware of the dangers of texting while driving, many admit to continuing to do it anyway. The consequences of your negligence may cost someone their life.

There have been many awareness campaigns to educate people about the dangers of texting and driving. Strict laws have been implemented to prevent people from using their mobile phones and handheld devices while they are behind the wheel, but accidents with distracted driving continue occurring, and many continue losing their life or sustaining deep physical and emotional injuries.

Distracted driving refers to the act of driving while having your attention diverted from the road due to any reason. The distractions could either be physical, or mental. Eating a burger while you are driving counts as a distraction, and so does turning around to talk to the passengers at the back.

Searching for something in the backseat of the car takes your eyes off the road, as well as looking at the billboards. No amount of time that your eyes are off the roads is insignificant. Accidents can occur in a split second, especially when driving at great speeds. Distracted driving leads to most road accidents, injuries, and even death all around the world. It is truly a bane that the laws are trying to regulate.

Texting while driving is one type of distracted driving, which is fairly common amongst people now. You would expect this to be more prevalent amongst the youngsters and teenagers, but several adults have admitted to being guilty of the same. It seems that you can’t get anybody to tear their eyes away from their phones while being in control of a vehicle.

The National Security Council has declared that a second’s worth of distraction from your mobile phone can quadruple your chances of being involved in a car accident. You might think that checking a notification or reading a short text is harmless, but even that small act can cause magnanimous damage.

A large majority of the states ban texting while driving in America. It is recognized as a major cause of destructive road accidents and is discouraged across the country. 47 states have implemented a ban on texting while driving, whilst all but four even have primary enforcement. This says that a police officer has the right to pull you over simply because you were texting and driving. No other cause, such as over speeding or suspected DUIs are needed.

As mentioned above, there are significant variations in the way texting while driving is punished even in the states that have banned the act. The penalty can vary substantially depending on what state you belong to.

Fines range from $20 to $500. States such as California and Iowa take texting while driving lightly and only impose an initial fine of $25 to $30 for texting while behind the wheel. Consequent offenses are obviously fined higher. Such a low fine is hardly any deterrent to drivers.

On the other hand, we have states such as Hawaii and New Jersey where the fines for a first offense are as high as $400-$500. In these states, texting while driving is not an offense that is let off the hook so easily. If the distracted driving caused an accident, injury, or death, the fines can even go up, and have additional charges of misdemeanor added, earning a prison sentence for the guilty driver. 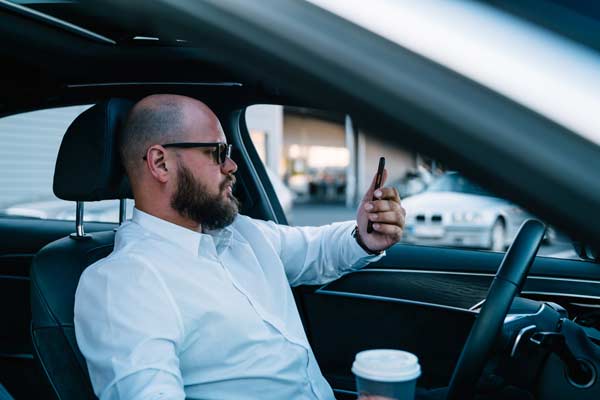 There can be additional penalties for the distracted driver besides monetary fines, depending on which jurisdiction they are in, and keeping in mind the specifics of each unique case. If the mobile phone distraction caused an accident or injuries, the fines and the penalties may go up. If it is a repeat offender, there might be other penalties along with higher fines. If someone died due to the distracted driver’s negligence and failure to obey the road rules, the consequences may be severe.

Other penalties for texting while driving could include

Can Your License Get Suspended for Texting and Driving

In Illinois, you can get your license suspended for texting.

In the cases where you have repeatedly been caught for texting while driving clearly, the fines were not enough to keep you from committing the same offense over and over, and a harsher punishment was needed and necessary. In these cases, a court may decide that your driver’s license should be suspended for some time. The suspension time can range from 3 months to a year, depending on the severity, damages, and frequency of your offenses.

Advice regarding texting and driving

You’ve heard it before, but let us say it again. Don’t text and drive.

Not only are you putting yourself and others in grave danger, but you are also signing yourself up for possible prison time and paying a lot of your hard-earned money in fines.

Believe it or not, the notification whose ping you just heard can wait till you are done driving. The text message can be answered later, and that call can be excused by saying, “Hey, I’m driving right now.”

Checking your cell phone every minute is an addiction that we need to fight, especially when driving. The road deserves all of your attention. You have a duty of care towards everyone on the road with you. Don’t let a mere mobile phone distract you from what needs your attentiveness. The laws of the country are trying to bring about new laws that effectively address the issues of texting while driving and are busy figuring out ways to prevent them.

Already the implementation of such fines and laws has reduced the occurrence of accidents involving drivers who were using their cell phones behind the wheel. If each one of us takes this seriously enough and follow the rules, we might find a solution to end the unnecessary damage that cell phone usage during driving causes.

If you have been involved in a road accident due to the negligence of the other party who was texting while driving, you might have a strong case against them. While the state may charge the prison with punitive fines and prison time, with a strong lawyer by your side, you can recover compensatory damages from the accused too for the losses that you incurred.

Lawyers who are experienced with cases involving texting while driving can get you a fair settlement amount for the pains you bore because someone decided to check their Facebook newsfeed while on the road.

Our Chicago Traffic Lawyers routinely handle cases involving driving under the influence and know their ways about it. They have years of experience and knowledge, which they will use to somehow get you the justice you deserve. Contact us for an initial consultation and get sound counsel on how to proceed with the case. 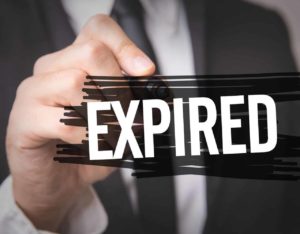 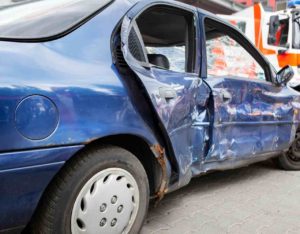