What is a Wet Reckless Violation in Chicago

The minimum jail time that you can get for committing a DUI offense is dependent on the type of offense that you have committed. As a first-time offender, you may not get any jail time but as a second-time offender or a subsequent offender, you can spend a number of days to several months in jail. In some cases, a DUI in Chicago can be reduced to a wet reckless charge.

Wet reckless is a common term for a criminal charge of reckless driving that can be found in the 11-503 vehicle code. A wet reckless charge is a lesser charge compared to a DUI. According to the state laws in Illinois, you can get a conviction for reckless driving if you drive a vehicle in a manner that displays wanton or a willful disregard for the safety of property and human beings. If you are facing a DUI or wet reckless charge reach out to our traffic defense attorneys for help.

Differences Between Wet and Reckless Charge and a DUI

When Can a DUI Be Reduced to a Wet Reckless Charge?

You can get a DUI charge reduced to a reckless driving charge and avoid harsh consequences depending on a number of factors. When you are by yourself it can be difficult to get your DUI charge reduced to a wet reckless charge. However, a criminal defense attorney from Chicago Traffic Lawyers can review your case and look for factors that will allow you to get a lesser charge which is a wet reckless in this case.

Our drunk driving lawyer understands that there are a number of factors that could influence the prosecutor into reducing the harsh penalty of a DUI charge to a wet reckless charge.

The factors that the district attorney can take into consideration to determine include:

Let a criminal defense lawyer help you understand your legal options, what the possible outcome of your case is, and help you get a lesser criminal penalty through a reckless plea bargain or the best possible outcome depending on the factors surrounding your case

Penalties for a Wet Reckless Violation

In Illinois, a wet reckless charge is a Class A misdemeanor. If you are convicted of this misdemeanor offense the potential penalties are a one-year jail sentence in the county jail, paying a fine of up to $2500, and instead of getting jail time you may be sentenced to probation. You can get a maximum probation time of up to two years.

When the reckless driving conviction involves an injury to a pedestrian or another driver the misdemeanor charge can progress and become a felony. A felony conviction will occur if a crossing guard or a minor obtains injuries as a result of reckless driving. As a first-time traffic offender, a wet reckless conviction can turn into a felony if any victim sustains any serious or aggravating injuries.

How Long Will a Wet Reckless Charge Stay on Your Record?

An experienced attorney from Chicago Traffic Lawyers knows the implication of this criminal conviction on your criminal record and what it means to you, your family, and your job prospects and we want to help you get a positive outcome. Having a conviction on your record can negatively impact your career life and it can lead to you losing your license.

Our defense lawyer has helped many drunk drivers and accused individuals with their drunk driving conviction and reckless driving violation get their charges dismissed or get a lesser charge from the original charge when they were facing a mandatory jail sentence through a reckless plea deal hence giving them a better outcome than what they could have gotten.

Need Help With a Wet Reckless or DUI Charge?

Schedule your initial consultation with a reckless driving lawyer from our firm and let us talk about your case. Our law firm has amazing lawyers that can help a commercial driver fight a reckless offense so you can keep a clean driving record or avoid the maximum sentence, answer all your DUI and wet reckless charge questions, negotiate a plea bargain deal on your behalf, and help you avoid a harsher sentence and find a viable solution when you come to us. To speak to a criminal attorney contact us via email, phone, or via our contact form our criminal attorney is always ready to help. 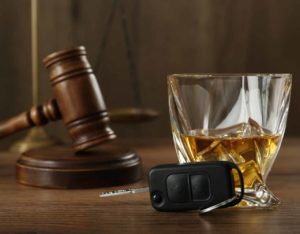 Penalties for a DUI in Illinois

Laws in Chicago impose strict penalties for DUI offenders. If you’re convicted of DUI, you could face jail time, monetary fines, a license suspension, and